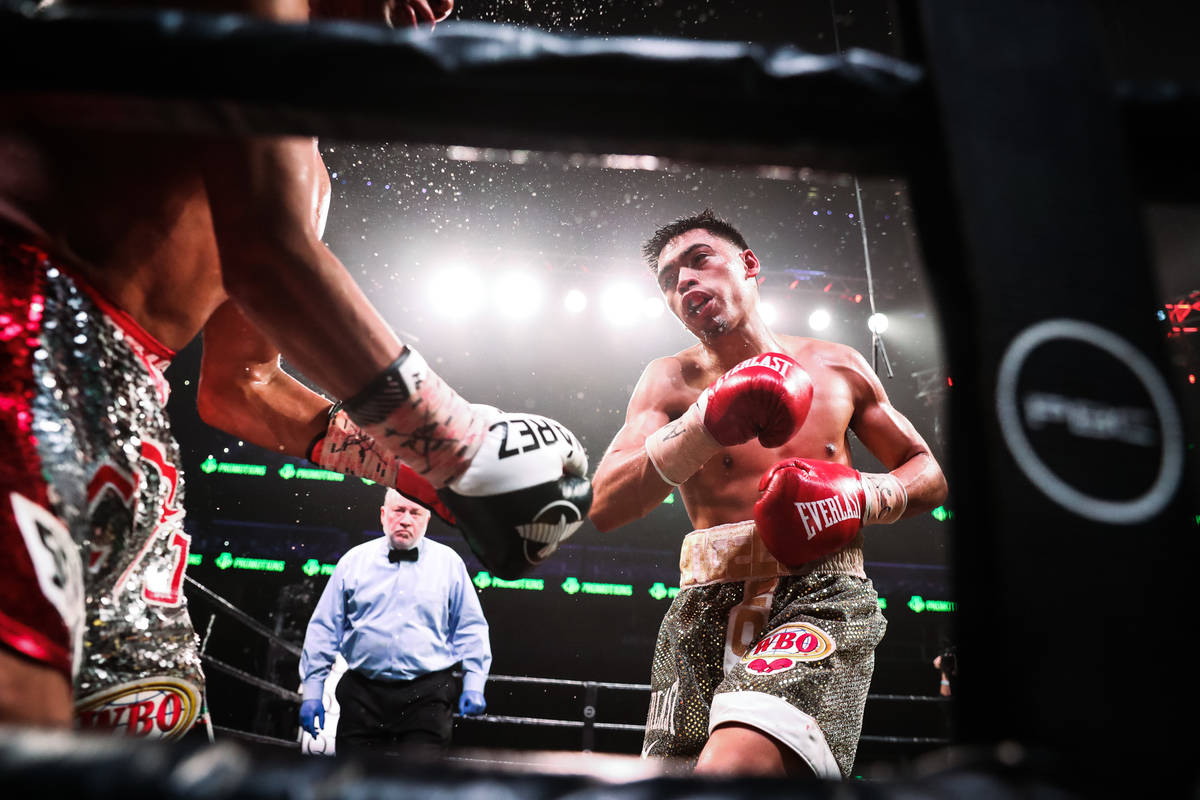 Unbeaten junior featherweight boxer Angelo Leo may have a different opponent Saturday night for his WBO title fight. But he still has the same intentions.

“I definitely want to paint a Picasso-like painting for the fans. Something really nice,” said Leo, who is 19-0-0 with nine knckouts. “I want to leave the fans happy with a great performance. I want them to know who the real Angelo Leo is.”

Leo, 26, has earned his first title shot and will fight at 6 p.m. for the vacant belt in the main event of Showtime’s first boxing card amid the coronavirus pandemic against Tramaine Williams (19-0-0, six KOs) at Mohegan Sun Arena in Uncasville, Connecticut. The Las Vegas resident was initially supposed to fight Stephen Fulton Jr., but Fulton tested positive for the virus, triggering Williams’ elevation to the feature fight.

“We’ll make some small adjustments, but I’m in shape for whoever,” Leo said.

Leo grew up in Albuquerque, New Mexico ,and tried his hands at karate and soccer before taking up boxing at the age of 8. His father, Miguel, used to box recreationally and began training him at a local gym. He still trains him to this day. He recalled his son professing a desire to become a world champion at the age of 10 and geared his training accordingly during a formidable amateur career.

He posted a 65-10 mark and competed in the 2012 Golden Gloves national championships. He turned professional later that year and moved to Las Vegas at the beginning of 2017 in pursuit of better opportunities.

Over the years, Leo said(the culture around boxing in Albuquerque ”kind of died down. MMA is real big in Albuquerque, but boxing wasn’t too big. It was the best move I could possibly make, honestly.”

Leo supported himself by working at a yogurt shop on the Strip while he adjusted to his new home. He continued training at the Mayweather Boxing Club and signed a promotional contract with Mayweather Promotions that November after catching the attention of Floyd Mayweather Jr.

He made his promotional debut on Nov. 18, 2017 and has fought an additional eight times in the last two-plus years, including multiple bouts in 2019 on WBA lightweight champion Gervonta Davis’ undercards.

“(It) was a breakout year for my career,” said Leo, who has boxed full-time since last year. “All those wins a stepping-stone to get to where I’m at right now. Those were very important fights.”

Leo is hopeful that Saturday night can be yet another stepping-stone as he approaches the prime years of his career. He hopes to someday become a multi-division world champion.

“We’ve prepared a while for this fight,” the elder Leo said. “It’s something we’ve trained all our lives for, especially him. It means the world to him.”